Most of the westward extension has now vanished and many of its structures have been demolished, save for a few spectacular ones. Tunnels have been blocked off and parts of the route are now highways, or in the more spectacular mountain parts, have become trails for people to walk or bike along and enjoy the scenery. This page is a gallery covering more aspects of the Milwaukee including its dereliction following its closure.

There are many spectacular stretches along the Milwaukee Road, but few have been photographed by enthusiasts though. That is because the line is remote and locations are regularly quite inaccessible. The picture of Fish Creek Tunnel took its photographer a good amount of climbing to reach. It might not seem much of a location but if one were to see the setting in its entire context its actually quite high up and prior to that the line has had to ascend the Vendome loop. Thus its not an every day location one would have used to see any trains!

The next picture however does show some of the spectacular route the line took – and its from a series of press photographs undertaken by GEC for the railroad company in 1915 – to show off what were at the time the biggest electric locomotives in the world. A number of these venerable locomotives worked right to the end of electrification in the 1970s.

One of the huge EF-1 locomotives built in 1915 by GEC – popularly known as Boxcabs. The example shown is a paired unit however some of these were three locomotives tethered together as a single unit! The location is at Grace – the next stopping place east of the Pipestone pass.

A set of Boxcabs leads a freight at Newcomb, Montana. October 1972. Source: Twitter

The last years of the Milwaukee’s electrified route through the Rockies. Two Boxcab units and a pair of Little Joes haul a train near Newcomb, Montana. July 1973. Source: Twitter

A westbound freight crosses the Frontage Road by the Clark Fork River. Nine Mile, Montana 1973. The bridge has been demolished. Source: Twitter

An eastbound freight begins its climb over the Pipestone Pass. September 1973. This is now a mountain bike trail. Source: Twitter

Deer Lodge, Montana, is where the electric railway’s main locomotive depots and workshops once were. It was a very busy location right up until the 1970s when the Milwaukee company’s electric traction services were scrapped.

The end of the line 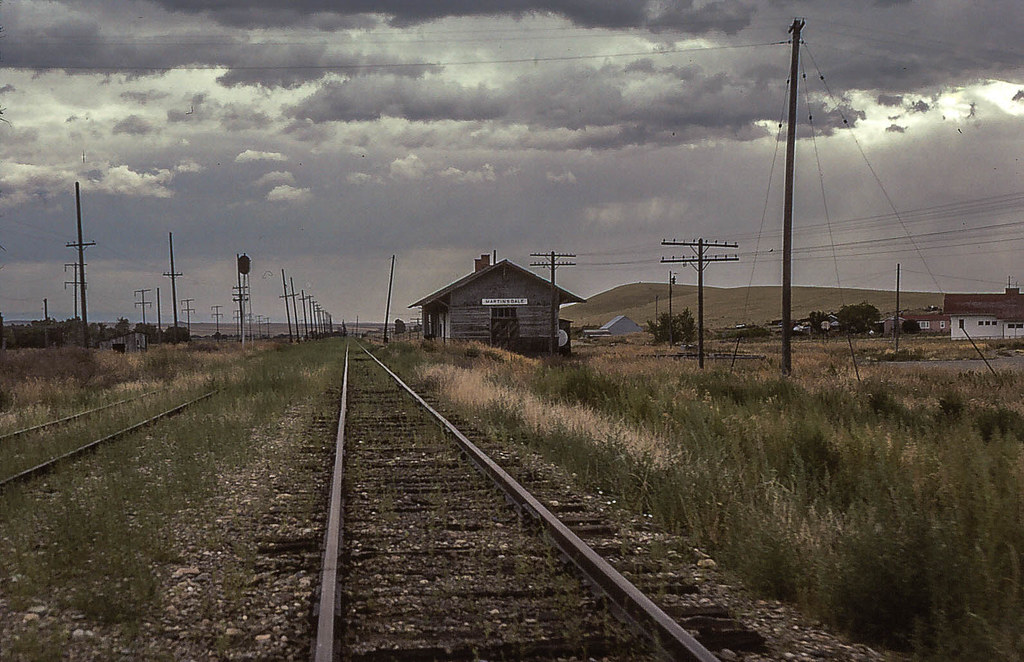 Martinsdale just before it was demolished in 2017. The signal was still there after 37 years! Source: Twitter

The entrance to the tunnel at the top of the Pipestone Pass. Source: Trainboard

Abandoned, partially dismantled, Milwaukee Road structure in Montana. This is the bridge over the Frontage Road. Source: Twitter 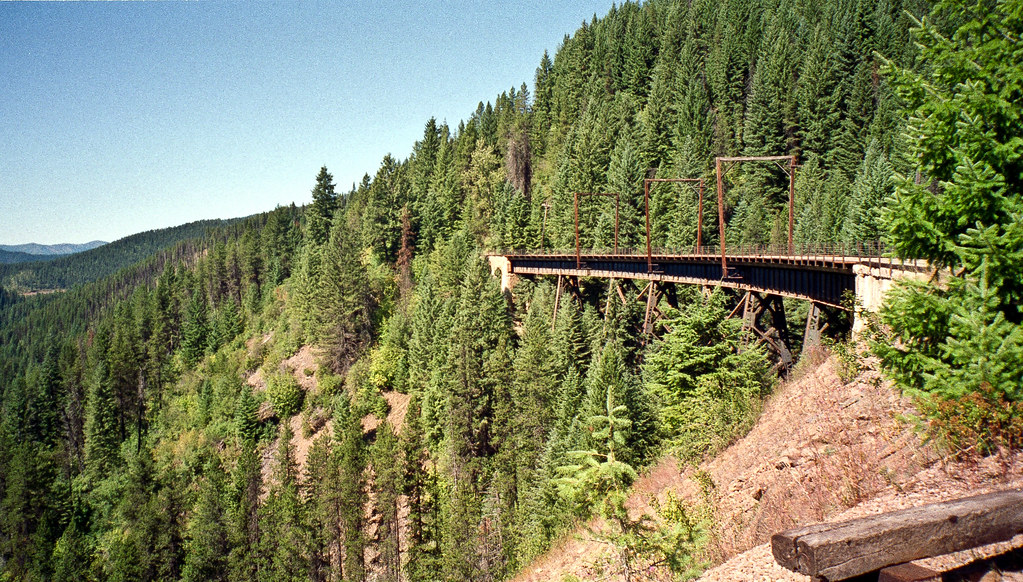 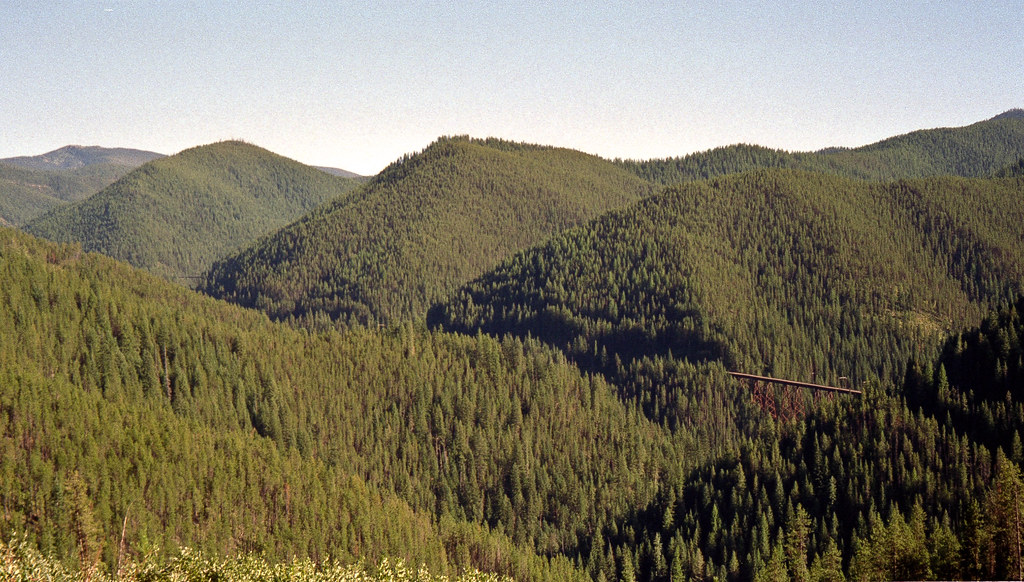 View of the Milwaukee’s route in Idaho. The trestle bridge in the distance is Turkey Creek bridge – seen in an earlier picture with a train crossing it. This view clearly shows the remoteness of the line. Source: Flickr

This 1915 silent film from General Electric shows the construction of the Boxcab locomotives (Class EF-1 and EP-1) as well as the hydro-electric power employed. There are shots at various locations and from the cab of these new locomotives. The film also shows the Milwaukee’s lines were fully colour signalled!

You Tube video featuring the final week of the Little Joes on the Milwaukee Road in Montana.

A mix of Little Joes and diesels in the final full year of Milwaukee Road electrification.

Plenty of good film including the earlier Boxcabs. The Little Joes were pretty fast – especially on the Hiawatha expresses!

The last ever journey through the Rockies! Enthusiasts bought this platelayers’ trolley and took it across the Milwaukee’s mountain route before the tracks were ripped up. See The Milwaukee Road Abandoned “Pacific Extension” Trip

**I didnt want to enter into the argument whether ‘railroad’ is an American word or not, especially as the Chicago Milwaukee and St Paul was originally known as a railway. No matter whether it was the UK or the USA its down to the company which description they prefer. Several lines in the States are still denoted as a railway. Further some of our own early attempts – including the London and Birmingham – were called railroads too so it seems the UK originally coined the term.

America, Historical
Previous
Next
We use cookies on our website to give you the most relevant experience by remembering your preferences and repeat visits. By clicking “Accept All”, you consent to the use of ALL the cookies. However, you may visit "Cookie Settings" to provide a controlled consent.
Cookie SettingsAccept All
Manage consent